One of the most outstanding italian restaurants

Join us for great home-style cooking!

Prepare yourself for a really good pizza

In 1989, Anastacio, one of the Rodriquez-Ibarra brothers started working as a kitchen helped at Italian Delight Pizzeria, a Satiro’s family business in Narberth, Pennsylvania. After several months, Anastacio called his brother Juan with a job opportunity. Several years later, another brother, Marco Antonio, called on his brothers with an opportunity to go work with him at A & M Pizza in Lebanon, Pennsylvania. As time went by, the brothers learned more and more about Italian cooking. After being with A & M Pizza for several years, Anastacio started talking with brothers Juan and Marco Antonio about living the “American Dream” and someday starting their own Italian business.

In May 2006, De Marcos opened yet another Italian Pizzeria, with the same success. Brother Evodio left Oracle to continue running yet another Italian restaurant located at 1097 North Broad Street in Globe, Arizona. Juan, Evidio, Anastacio, Marco Antonio, and all of the De Marcos Family Restaurants would like to thank all of their employees and patrons for their success and being able to live the “American Dream”. 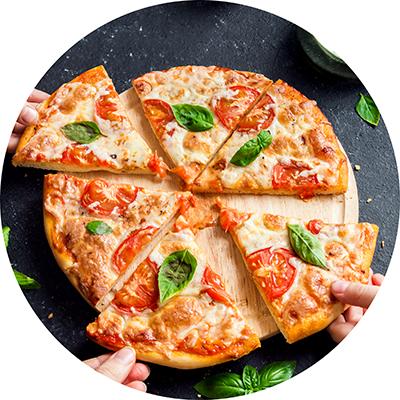 The best quality in our dishes

Our pizzas are made with fresh products

We dedicate ourselves to enchant the palate of all our customers

Your suggestions help us improve

We service the area of:
Oracle, AZ